Cats instinctively know how to use the litter box.

Cats usually don’t need much litter box training, but they need some. To train kitty, start with a small, uncovered box in a quiet location close to where he sleeps. Fill the box with litter — your cat may prefer the unscented kind. When kitty sniffs at the box, pick him up and put him inside, praising and petting him. When kitty uses the box, give him a small treat. Keep the box clean and avoid any negative associations with it. For example, don’t give kitty medicine or scold him when he’s near the litter box.

Is that important where the litter box is placed?

Some cats have preferences, such as what type of litter they use and where the box is placed. If your cat stops using her box, that may be a sign it’s in the wrong place. Take a look at where you put the box: Is it hard to get to? Does kitty have to pass a pooch to use it? Make the litter box as appealing as possible by keeping it clean, making sure there’s at least one box per cat, and placing it in a quiet location that offers plenty of escape routes.

Why do cats urinate outside the litter box?

There are a lot of reasons your cat might “go” outside his box: He’s sick, his litter is dirty or not in a place that suits him, or you don’t have enough boxes. Or he may be stressed about something or hurting. Things like bladder stones, urinary tract infections, kidney failure, diabetes, cystitis, or pain from arthritis or trauma may cause him to go potty someplace he isn’t supposed to.

Why do cats eat kitty litter?

Kittens may occasionally nibble at litter if it’s introduced to them during weaning. But in general if your cat is eating kitty litter it could indicate anemia or another dietary deficiency. Other signs of anemia in cats include weight loss, lack of appetite, weakness, and pale gums. Always talk to your vet if your cat starts eating kitty litter. The litter may get caught in their stomach/intestines and require surgery.

Covered or uncovered? Although it depends on the kitty, most cats seem to prefer uncovered boxes, which allow them to move freely and keep an eye on what’s happening around them. A covered box may help reduce unpleasant odors; an uncovered box reminds us when the box needs cleaning. We offer many designs and colors of tents.

Does clumping kitty litter need to be changed or just scooping?

You can’t scoop forever. That’s because eventually cat litter becomes saturated with bad odors as small bits of waste break off scooped clumps and remain in the box. To keep kitty happy — and odors at bay — empty the entire litter box every two or three weeks and refill it with fresh litter. Research shows that most cats prefer 2 inches of fine-grained clay litter.

How many litter boxes should your home have?

The general recommendation is at least one box per cat. The reason is simple: If every cat has a box available there’s never any waiting or arguments if two cats want to use the box at the same time. Allow as much space as possible between litter boxes. Put them in different rooms if you can. Also be sure to place each box so the cat using it can see the approach of people and other pets.

Some cats are sensitive to dust particles. Most cats are fine with today’s silica-based clay cat litter, but a few may be allergic to either the fine dust found in some scoopable litters, or to the scents used in them. Allergy symptoms might include sneezing, runny eyes, and frequent scratching. Fortunately cat litter options include recycled newspapers, pressed sawdust, wheat, wood chips, and play box sand. Although research shows that cats tend to prefer fine-grained, unscented clay litter, experiment to see which your feline friend likes. 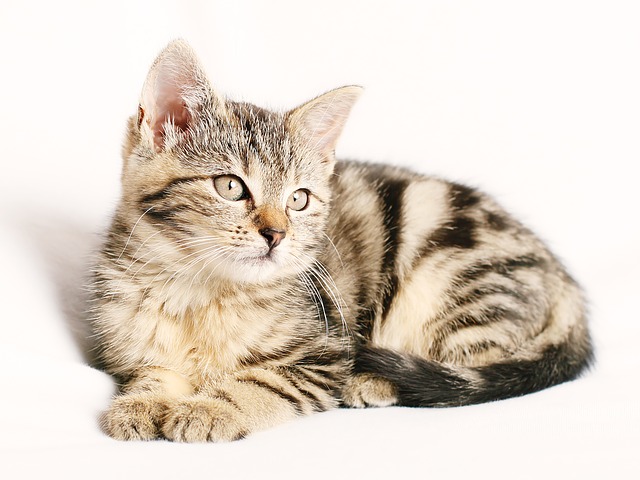 Your new cat is coming home from the animal shelter tomorrow. Busily you shop, checking off the items on your list, including cat food, toys, a scratching post and myriad other goodies. And at the very top of the list are litterbox necessities. You head to the nearest pet supply superstore, and are faced with row after row of “all things litter.” Pastel-colored clumping litter, good old clay litter, some that’s made from pine and some that’s made from newspaper…What to choose, what to choose? Whether you are an experienced owner or a novice, the multitude of choices could prove daunting. But this was not always the case.

Prior to World War II, most cats lived indoor/outdoor lives and their toileting areas were neighborhood backyards and gardens. For indoor needs, some families kept boxes of sand or ashes from the furnace for their cat’s use in the cellar. Housewives of the 1940s were none too enamored with cats tracking ashes or sand through their homes. So an ex-sailor named Ed Lowe suggested that his neighbor try absorbent clay, which was a popular product for cleaning up industrial spills in wartime factories and happened to be made by his father’s firm. Kitty Litter was born. Granulated clay litter offered improved odor control over ashes or sand by siphoning urine to the bottom of the pan and controlling ammonia smells until the litter reached a saturation point-usually within a week in a box used by a single cat. Today, most folks either scoop solids daily and completely replace the litter once a week, or use less litter in the box and dump and clean daily. The granules of traditional litter are fairly large and do not tend to cling to a cat’s paws, so there is little tracking of litter outside the box.