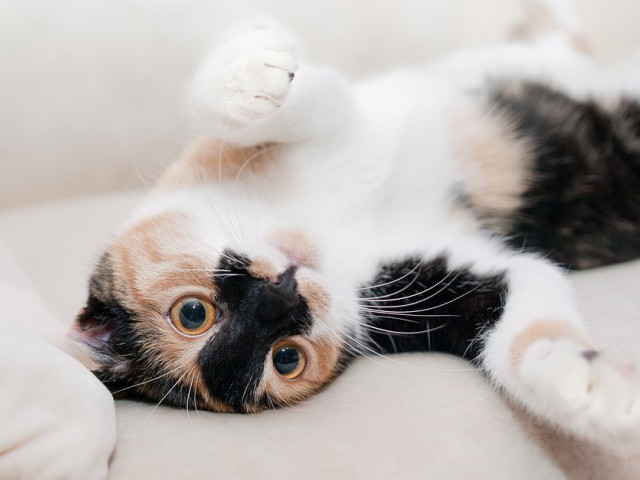 Many pet owners and some animal scientists believe that we are over vaccinating our pets. They also think that some shots may be doing more harm than good. One type of cancer in cats, for example, is known to be caused by vaccinations. In addition, vaccines can cause allergic reactions.

Because reports and rumors of side effects have become so widespread, pet owners increasingly are asking their vets about whether or not to vaccinate. Andy Smith, DVM, a long-time Atlanta veterinarian, says he has “this conversation with a client twice a week. It’s clear there’s a lot of confusion and concern.” So WebMD went to some top veterinary experts to find answers you can use in sorting out your own concerns.

Why do pets need vaccines?

Casal tells WebMD that vaccines have saved millions of pet lives. And even though some once common diseases are now rare, she says veterinary groups agree that many vaccines are still necessary.

Is there a vaccination controversy?

Yes, says Andrea Looney, DVM, of Cornell University. Some experts advocate yearly shots, others every three years, and a few believe no more vaccines are needed after the first year.

Looney says it’s similar to controversies over human vaccines. “There’s a lot of talk,” she says, “but no evidence [of widespread harm].”

Casal says fears sparked by this “over vaccination” controversy have led many pet owners to skip shots for preventable diseases, causing an alarming rise in pet deaths.

So should all dogs and cats still be vaccinated?

“Absolutely,” says Ronald Schultz, DVM, a pioneer in clinical immunology at the University of Wisconsin-Madison. But Schulz is also very much in agreement with those who say pets are being over vaccinated, calling it a “serious problem.” Often, he says, pets are vaccinated by vets who just want to keep clients coming in. But too many vaccines, especially when given in “combo shots,” can “assault” immune systems.

Is it true that vaccines can even cause cancer?

In cats, definitely, says Richard Ford, DVM, professor of veterinary medicine at North Carolina State University. Ford says most but not all scientists believe the culprit is a chemical called an “adjuvant” that’s added to some feline vaccines. “Many [scientists] strongly recommend to avoid using any cat vaccine that is labeled ‘killed’ or ‘inactivated.’ All feline vaccines labeled in this way contain adjuvant. Vaccine labeled ‘attenuated’ or ‘recombinant’ does not contain adjuvant.”

Years ago, vets started noticing tumors forming in the area between the shoulders, where cats are vaccinated. The tumors are rare, occurring in 1 in 1,000 to 1 in 10,000 cats. Veterinarians now give this type of vaccine low on a cats’ front or hind legs so they can amputate if a tumor develops, potentially saving the cats’ life.

Vaccines can definitely cause cancer, says Luci T. Dimick, DVM, of The Ohio State University. She says feline leukemia is caused by a virus and is listed as a “non-core” disease, meaning that it is not regarded as one for which vaccination is essential. Yet many vets feel kittens should be immunized against feline leukemia virus, even though it’s one of the injections, along with rabies, thought to cause cancerous tumors in some cats.

What about other types of reactions?

Vaccines can make pets sick and lethargic and induce diarrhea, Casal says. Fatal reactions, though, are rare. But the controversy over the potential for reactions to the vaccines, she points out, has resulted in a backlash that could have serious consequences. “Sadly,” she says, “some pet owners or even vets just trash a lot of vaccines.” That means some pets aren’t getting the protection they need against disease. “We’ve seen this in people,” Casal says, “which is why we’re seeing more mumps and measles.” Any treatment carries some risk, she says.

Kate Creevy, DVM, is a specialist in small animal internal medicine at the University of Georgia. She says it’s not known why some animals have reactions to vaccines while others don’t. “It may be true that some breeds are more prone to vaccine reactions than other breeds, although this is debatable.”

The most common adverse reactions are mild and short-term, including reduced appetite, fever, and swelling at the point of injection. Allergic reactions appear within minutes or hours and may include vomiting, diarrhea, swelling, and difficulty breathing.

Is there consensus about the major diseases pets face?

Yes, Creevy says. For dogs, they are:

Major diseases for cats include:

Cats infected with FIV may appear normal for years. But eventually FIV will hinder their ability to fight off other infectious diseases.

But does the fact pets might be susceptible mean they need vaccination?

No, says Schultz. “Lifestyle and location play important roles. If your dog lived on the fifth floor of an apartment building, it wouldn’t have to worry about kennel cough, unless it is kenneled or taken out to be around other dogs. And your dog won’t get Lyme disease in many areas of the country. Ask your vet.”

Leptospira is a life-threatening bacterial infection. Disease outbreaks are usually caused by exposure to water contaminated with the urine of infected animals, including rats, cattle, pigs, horses, and deer. “If your dog doesn’t go hunting, or if it’s not around other animals, there’s no need [for it to be vaccinated,” Schultz says. Also, this vaccine causes more adverse reactions than many others, so it’s important to weigh the risk versus benefit when deciding if you pet needs it.

Vets talk of “core” and “non-core” vaccines. What’s this mean?

Core vaccines are those that are universally recommended and most commonly given. Non-core vaccines are optional, according to protocols set by major veterinary organizations.

Parvovirus vaccine is core, and dogs should get a minimum of three doses between six and 16 weeks, administered at intervals of three to four weeks. The final dose should be given at 14-16 weeks. Then the dog needs a booster a year later followed by revaccination every three years.

Other core vaccines for dogs are those against rabies, distemper, and adenovirus-2. Non-core vaccines include those to ward off Bordetella, parainfluenza, Leptospira, and Lyme disease.

What are the core vaccines for cats?

All kittens should be vaccinated as early as six weeks of age against panleukopenia, the feline form of parvovirus, and also for herpesvirus, rabies, and calicivirus.

Why has the topic of pet vaccination become so hot?

Part of the intense focus on pet vaccination stems from the highly publicized debate that vaccines may cause autism in people, a discounted but widespread theory.

Also, new vaccines and research “show that some of the routinely administered vaccines for dogs and cats actually immunize for much longer than one year,” Ford says. “Today, selected vaccines are recommended to be administered to adult pets every three years.

Some veterinarians have expressed reluctance to implement triennial (every three year) vaccination, until there is more information available,” Ford says.

Would I be playing doctor to put my pet on an alternate schedule?

Are there any alternatives to just doing what vets say?

Yes. Do some research to arm yourself to ask good questions. You also can ask for blood work, called titer testing, a tool to help assess the status of your pet’s defenses against specific infections.

How can you tell if a vet is a good one?

“If they take time to explain vaccines and ask about your pet’s lifestyle, I’d say that’s a good vet,” Casal says. “If you have one who doesn’t want to hear questions, that’s not where you want to be.”

No. Only 39 states require rabies vaccines for dogs and 31 for cats, according to a 2008 survey by the National Association of State Public Health Veterinarians.

Even within states, rabies requirements vary widely, says Charles Rupprecht, VMD, PhD. Rupprecht is chief of the rabies program at the CDC. The disease is fatal in animals but can be cured in humans who seek medical help immediately after exposure to an infected animal.

“The term has no scientific or medical meaning and is no doubt an attempt to discredit vaccines,” says Henry J. Baker, professor emeritus of veterinary medicine at Auburn University and editor-in-chief of the Journal of Medical Education.